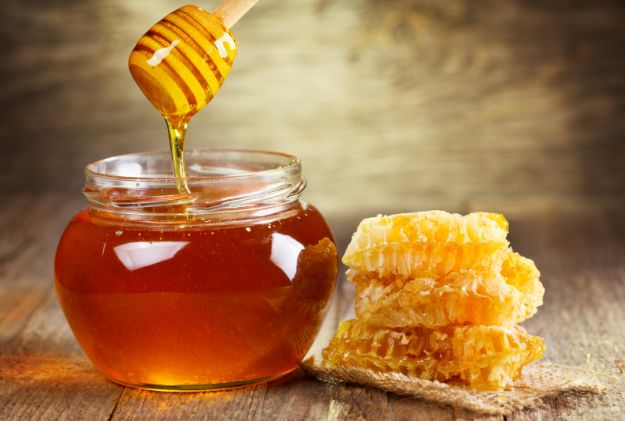 Old wives’ tales often speak of the healing powers of honey. But they’re actually not far from the truth. Honey is not only delicious, it’s got nutrients and substances beneficial to the human body.

Honey is particularly beneficial to children, because it’s strong enough to do two things: provide them with proper nutrition, and boost their immune system.

Nutrients
Four tablespoons of honey are enough to sweeten two fat slices of bread, or a healthy helping of oatmeal or cereal, which both you and your child will enjoy.

It’s also a substantial source of nutrition, contributing to your child’s overall health. According to Self Nutrition Data, every four tablespoons of honey already provides 257 calories (or 1,031 calories per cup). That’s a lot of valuable energy for growing children to take in. Most of this energy comes from carbohydrates (sugars), nearly 70 grams of it in four tablespoons. There’s even a bit of dietary fiber in it (1 gram).

It’s not all sugar, either. There’s also a bit of protein, Vitamin C, calcium, iron, and sodium in it—a useful mix that’s much better than using plain sugar, or artificial sweeteners.

If you’re lucky enough to be near organic beekeeping farms, your child can try eating the bee’s honeycomb, too. Yes, it’s actually edible! It’s delicious and pretty to look, and contains more of the same nutrients that honey has.

Natural Antibiotic
Honey also has antimicrobial properties beneficial to an infected or sore throat. According to Science Daily, Canadian researchers from the University of Ottawa have documented honey’s effective bacteria-killing powers, particularly the bacteria responsible for chronic sinusitis–it’s even reportedly more effective than common antibiotics.

The sweet-sticky character of honey also seems to calm down the symptoms of coughs caused by such respiratory tract infections. It’s a natural cough suppressant, nearly as strong as dextromethorphan. According to the Mayo Clinic, it’s particularly effective for calming down children’s coughing fits at night, allowing them to sleep. Two teaspoons of honey before going to bed is enough to do this.

Skin Soother
Honey is also an effective skin soother, helping prevent skin infections in wounds and rashes due to its natural antimicrobial properties. You can apply honey on your child’s wounds, insect bites, or diaper rashes after a gentle bath. If you or your child want to reduce the stickiness of honey, try using a solution of 1 to 3 ounces of honey added to a cup of clean water.

Potent Substance
What’s in honey that makes it a natural antibiotic, anyway?

The bee’s natural honey-manufacturing process produces nature’s version of an antibiotic called methylglyoxal (MGO), which counters infection and prevents common respiratory diseases like colds, the flu, or coughs. But the amount of MGO in honey varies, depending on where it was harvested and what the bees used to create it. The most potent dose of MGO is found in honey from the Mt. Adams area of New Zealand. 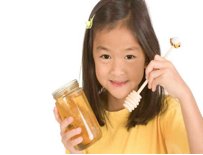 Caution
However, honey also contains minor bacteria like Clostridium botulinum, which is responsible for infant botulism (toxic intestinal infection). Unlike adults, infant immune systems aren’t strong enough to resist these, so avoid giving honey to children under the age of 18 months.