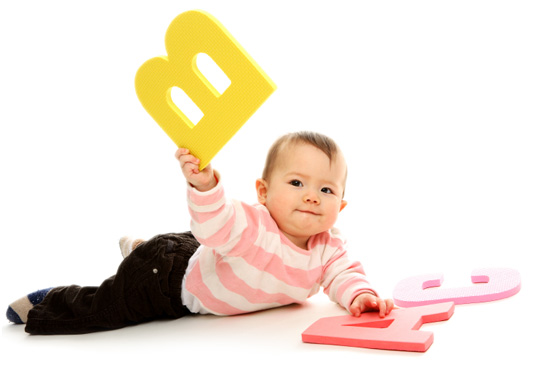 At the age of 18m nths, it takes your toddler to say merely 3 words to pass the developmental test. He can say “daddy”, “mama” and “milk” and that’s it! Your toddler had passed the test to be considered normal.

When Elden was 18months he was able to say at least 30 – 40 words. That pleasantly surprised Dr. Tang from Healthway during the developmental test. Given that boys’ speech development is usually slower than girls, he was an early speaker compared to his counterparts.

To be frank, we did not put him at any center or enroll him for speech classes. I’m going to share with you what you can do, too, to encourage speech development in your toddlers.

Speak To Them
As much as any other adult do to their toddlers every moment, there is a right way to speak to them. For example, during feeding, you may teach him few words like ‘spoon’, ‘cereal’, ‘bib’, ‘bowl’, ‘yummy’, ‘eat’ and others. Do repeat these words each feed by holding them or showing some actions so that he understands what you mean. You may even ask him to point to you which is the ‘spoon’ to test his understanding. Do not worry about him not being able to pronounce the ‘sp’ sounds, it just takes a little practice and confidence and he’ll surprise you very soon!

During play you can teach him body parts like ‘face’, ‘eyes’, ‘nose’, ‘ears’, ‘cheeks’ and ‘mouth’. You can point to his face where his parts are and show him where your parts are too. That way, he’ll know for example how a ‘nose’ looks like. If you have a big mirror, it’s easier and more fun to learn too. Again, do not worry about him not being able to speak it out. It takes several consistent attempts for him to learn the sound before saying it out.

Next, you can expand to other group of words from things around the house to fruits, shapes, colors to things from the park.

Encourage Speech
When you are certain that your toddler knows the words encourage him to speak. For example, during feeding, put down the spoon and ask him what is there to take in order to feed him? Take….? Tell him take ‘spoon’. Put down the spoon again and ask him again. Ask him what he wants while pointing to the spoon. Do it several times to encourage him to say the word spoon. He may say ‘poon’ and you should be happy! Now, correct him because he is speaking already!

This technique can be applied over and over again to encourage speaking.
Next, if you notice that he is trying to ask something (which you already know what he wants), help him to construct his simple sentences in few words and demand him to say it before giving it to him. For example, he is pointing the pillow expecting you to hand it over to him. Then teach him to say ‘pillow please’.

If you give him easily without him speaking up, you are not encouraging him to speak. However, bear in mind; you need to encourage, not force. You may also want to compliment him for saying new words each time so that he knows he had achieve a new skill.