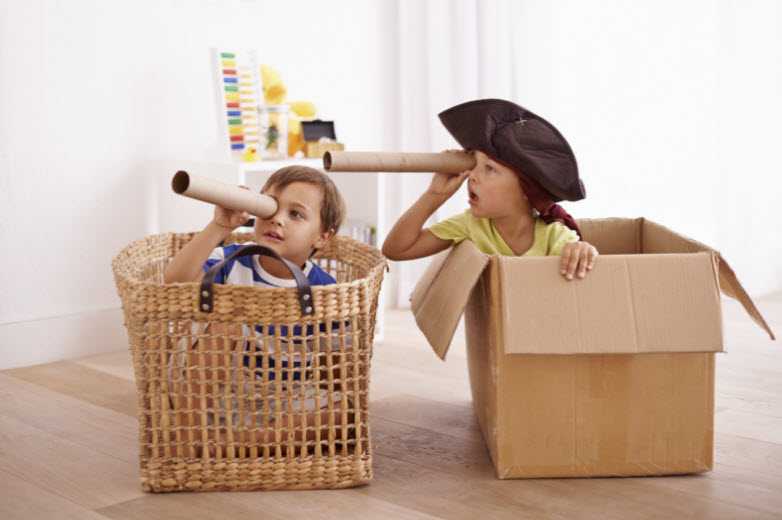 Engaging in fantasy play could benefit creative thinking in children.

This is one of the findings of a study being presented today, Thursday 15 September, by Dr Louise Bunce of Oxford Brookes University to the annual conference of the British Psychological Society’s Developmental Psychology Section in Belfast.

Lead researcher Dr Louise Bunce said: “A growing body of research is investigating the influence of children engaging in fantasy on their development. We wanted to test whether children who engage in fantasy play are more creative. This is because, theoretically, playing in make-believe worlds requires imagination to conceive of the world differently to its current reality, which is also necessary to think creatively.”

Dr Bunce and her team interviewed 70 children aged 4-8 years old to assess the extent to which their fantasy play involved:

* pretending in a way that mirrored real-life (e.g. having a tea party or pretending to be a teacher)

* pretending in a way that involved events that were improbable in reality (e.g. fighting a lion and being unharmed or going to school in a helicopter) or

* pretending in a way that involved impossible events (e.g. going to wizarding school or playing with an elf).

The children also completed three creativity tasks. In the first task children had to think of as many things as possible that were red, in the second task they had to demonstrate as many ways as possible of moving across the room from A-B, then the third task asked them to draw a real and pretend person. In the first two tasks children received points for the number of responses they gave and how unique those responses were. Their drawings were rated for their level of creativity according to two judges.

As the researchers expected, analysis revealed that children who reported higher levels of fantastical play also received higher creativity scores across all three tasks, although the findings were stronger on the first two tasks than on the drawing task.

“None the less, these results provide encouraging evidence for parents and teachers who could consider encouraging children to engage in fantasy play as one way to develop their creative thinking skills.”