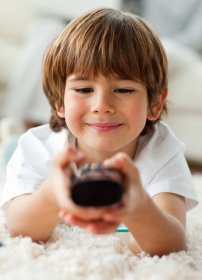 Since becoming a mother I have been learning some thing new everyday. Be it the initial years when my daughter was completely dependent on me or now at the age of four when she feels she can dress herself better than me or choose better clothes for herself. It was her garbled language and efforts to walk that I loved the most when she was younger. However, now I love to create things with her.

Television is one of the most distracting entertainment mediums in our lives. I realized that we watch more commercials than the actual show. So television viewing is now strictly rationed. We instead spend our time creating something new everyday. Her favorite activity being stencils. They come in all shapes and sizes. You can get stencils with the very basic alphabets or numbers. There are also variants available depicting animals and fairy tales characters. These are the ones that are most fun to work with. My daughter moves her pencil mindlessly in the grooves of the stencil and when she removes it, staring back at her is a flawless Tinker Bell. The best part is, they are completely mess free. All you need is a paper and pencil, and you have given the freedom to your child to create something beautiful.

However, I have now stopped checking whether an activity is messy or not. After grumbling a lot over the countless number of times my daughter has messed around with paints, clay, mud etc, I decided it was simply not worth it. The whole fun was eclipsed by my bad mood. All I have to do is get a mop and some water and I can clear out any mess. It also requires lesser energy than, first shouting and then clearing out the mess.

Another activity that gives my daughter a sense of achievement is Jig-saw puzzles. She loves the boxes that have multiple puzzles based on one character. The act of separating the pieces itself is a game for us. We try to throw in the wrong piece in a pile and see who can spot it first. Once we are through with that, she gets down to her serious business. I have to keep my eyes closed for as long as she takes to complete the puzzle. The end result is simply brilliant. It’s not only that the picture looks beautiful, but also her sense of achievement. It is something she has done entirely on her own and can see the end result right in front of her.

On other days my daughter just needs a box of paints and her drawing book. We dip our hands in paint and try to see who has a more colorful picture. Or she could just want to use the good old paintbrush.

Everything I’ve listed above and many more such activities have one factor in common. These are activities that involve me as much as they involve her. Initially, I thought I could move away and do my own thing while she was busy. I soon realized that was not possible since it would be really unfair for her if I missed out on the exact moment when she realizes she’s completed something.

There are so many things we can create everyday. So I suggest, switch off that television and get ready for some serious fun with your child.

At the end of all this dont’t forget to wind up the day with a favorite book.