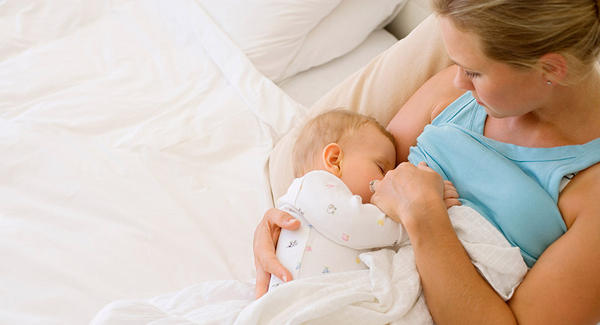 A major concern of mothers who breastfeed is often whether there’s enough milk for their babies. It’s hard to tell how much milk the baby has consumed during breastfeeding as the breast has no way of measuring production. Nevertheless, there are means to determine if infants are being provided enough breastmilk. Over time, adequate weight gain is a major sign that the baby is getting enough breastmilk, but weight gain rules are different for babies fed from bottles versus nursing babies.

A nursing baby displays traits, such as a steady, slow rhythmic sucking motion when they are getting plenty of milk at the breast. Usually, their lips are pursed with mouths wide open. You can see a marked pause at the chin, too. As the mouth closes, this is one cycle of suckling. Each one of these cycles indicates a mouth full of milk. You may hear swallowing, although the baby may be getting an adequate amount of milk without making any noise.

The baby may also “nibble”. These are pauses between large drinks which produce small bursts of milk. A newborn will usually make these noises during the first few feedings as the mother’s milk comes in. Babies who rotate between both styles of nursing and appear full when finished nursing are getting enough breast milk.

Meconium is a dark green, almost black type of feces that newborn babies pass during their first few days after delivery. After the meconium is passed, the stools become lighter as the baby increases it’s breastmilk consumption. Ordinarily, it takes only five days to start seeing the traits of a stool from breastmilk; pasty to watery, a yellowy mustard color, very little odor. There are some variations, such as orange or green stools or the inclusion of mucas or a curd-like substance. It may also look like shaving cream due to air bubbles. These various consistency’s do not mean there is a problem.

Being alert to the bowel movements of the baby, both the amount and how often, will help determine if the baby is receiving enough milk. Babies should be producing 2-3 good-sized yellow stools on a daily basis, even producing diaper stains during feedings. No meconium should be observed after the fifth day.

By the time a newborn is three weeks old, they should have had one large stool pass during a 24 hour time frame. As a rule of thumb, a sign of little, random bowel movements might mean the baby’s not getting enough milk. This is not a steadfast rule, though, as there are always exceptions and the baby may be just fine.

A sign that a week old baby is getting enough milk would definitely include soaked (beyond wet) diapers within a full days time. Obviously, if a new parent is providing extra water, the soaked diaper method would not be valid when it comes to the baby’s milk intake. Incidentally, water is usually not needed as a supplement as most babies get all the fluids they need from breastmilk. Finally, the baby should be passing urine that is watery clear after the first couple of days although the possiblity of darker urine does exist.