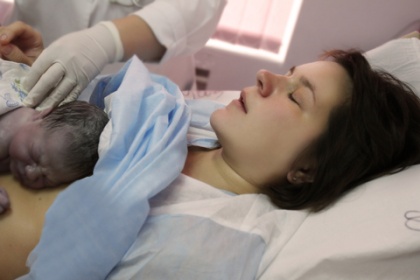 Being pregnant was the most exhilarating and the most frightening experience I’ve gone through. Once the initial euphoria settled, the onus of carrying a life within me struck home…the fact that I was totally and solely responsible for this little one’s well being and safety scared the hell out of me.

Every movement I made took on a new dimension and a whole train of thoughts followed it. Something as basic as a sleeping position became a source of much contemplation , I was used to snoozing on my stomach and all that changed pronto. It took some getting used to as a habit of 29 years had to be broken down and discarded. Everything paled in front of the all consuming thought of whether the baby was fine or not. This was of course accompanied by this distinct self protective and self absorbed sense of being wherein “I” became the most important person in my life. It was as though through sheer dint of embracing this life within me, I took on a creators hue ( in my eyes at least) and for the first time my desires and feelings started to take precedence over anything else. This was alien to my thought process and hence even after 8 years of that sensation I can still recall how wonderfully justifiable it felt to be able to put myself first , every time “ !!!

I won’t go into the cravings and mood swings that all women go through and some dont’t which again is fine, coz I do not recall any earth shattering cravings that I “just had to satiate”, it was just a very clear desire to fulfil any and every whim no matter how simple. I think this comes from some deep psychosomatic instinct of knowing and revelling in the fact that we as women ( and that too a pregnant woman) can “create” and sustain life, the all powerful feeling of being somehow special and much above and superior to any man. Pregnancy just proves what we know all along, this phase in my life just placed things in perspective.

To be fair, my better half was sufficiently in awe of the entire process to enhance the joy that we experienced in this phase of our lives. Impending parenthood became this magnificent cocoon wherein we painted in the hues of excitement, thrill , the novelty of the situation and love for the growing baby, it brought in a new dimension to our relationship.

That of course was before the D day, the day that our little butterfly emerged, and once that happened she took over and we were putty in her tiny tiny hands.
Before that, the birthing, the event itself, well we’ve heard all kinds of lore and for a first time mom either she’s petrified or else calm and poised, ready for the onslaught of physical pain. As for me, I was suffering from overconfidence. Convinced that my threshold of pain was pretty high, I was sure that all the horror stories of labour were just those…stories. Hence I proceeded like this warrior into battle, confident that whatever it was I would better it. And how the mighty fall, I bit dust and very embarrassingly so.

All prepared for a normal delivery and ready to sweat it out, I succumbed to the surgeon’s knife and humbly went under for a C section (that I was quite ready to beg for ultimately).

This story was shared by Aprajitha Sapra, a mother of a 7 year old daughter and a 2.5 years old son. She hopes to inspired other moms by sharing her birth and parenting stories.