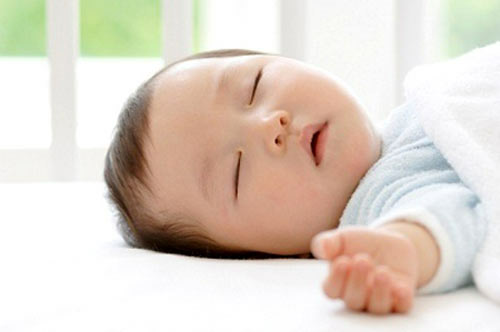 A baby’s sleep is vital, especially during his first twelve months. During the baby’s nap, aside from helping the child grow healthier, it also gives the parents their most awaited rest. The sleeping pattern of a baby is not like that of the adult’s. You may be wondering how much does he really need, when does he really sleeps and why is he not sleeping yet.

At this stage in their lives, babies need lots and lots of sleep, and it affects their moods, behavior and adaptation. But sometimes, putting your baby to sleep can be daunting task. Different strategies and techniques can be used to get your baby to sleep. But let us take a look first on how much sleep is recommended for babies at each stage of their infant life.

New born
New born babies need at total of 16 hours per day, usually with 3 naps in the day and 8 ½ hours of sleep in the night.

First month
Babies on their first month need almost six hours of nap during the day and 8 ½ hours of sleep in the night, for a total of 15 hours per day.

Second month
Those in their second month need 5 ½ hours of nap in the day and a longer sleep time (around 10 hours) during the night. That’s a total of 15 to 16 hours per day.

Third month
Three-month old babies usually need 5 hours of nap in the day and approximately 10 hours in the night.

Sixth month
This time, the baby needs around 3 hours napping time during the day and 11 hours of sleep in the night.

Twelfth month
The baby needs a relatively less amount of sleep during it’s first year. Only around 2 hours of nap is needed during the day and approximately 12 hours during the night.

More often than not, it will be very hard to follow the exact schedule. What is important is the total number of hours of sleep needed by the baby per day. For first time moms, babies usually wake up in the middle of the night and feels hunger so be prepared to get up and feed your baby during the wee hours. They also take more naps during the day and easily feel tired. To find out whether your baby is already tired, look for the following signs: grizzling, jerking, restlessness, closing of fists, and rubbing of eyes. As they reach their 6[SUP]th[/SUP] month up to the twelfth, signs of being tired include: looking unfocussed, becoming cranky, losing interest in playtime, yawning and tantrums.

Remember that aside from proper diet, your baby also needs to get the right amount of rest and sleep time, especially during his first few months. Together, these two are the keys to ensuring a healthy baby.