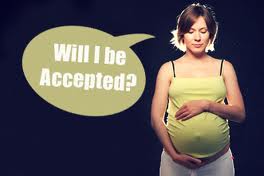 Here in MummySG, we always encourage each one of you to share and be comfortable with other members to vent (rant if you must), and release your angst, loneliness and even ecstasy, as much as you feel the need to. We do not discriminate. As you will all notice, there are many women in our forum who regularly log-in to our website to find solace. And most of you (if not all) are very generous to give your thoughts and advice to those mums who are in need. A scenario that we usually encounter are single mothers who seek for help on how to deal with the extreme social disapproval. The deprecation is mostly experienced from their workplace which puts them in a much more difficult position than where they’re already in. Most of them complains about being often seen as a lower form of life, who are rather seen as liabilities and not assets of their companies whom they have served for a very long time. It is very alarming that they feel that the society does not help them regain a fair position.


In Singapore, there is about 12,000 abortions a year, due in part to single mothers fearing the social stigma that comes with raising a child in such circumstances.

But had those babies not been aborted because single mothers are more socially accepted here, they would have been able to add to the country’s population, argued Professor Chua Beng Huat, a sociologist with the National University of Singapore.

Noting that current legislation places barriers on single mothers, he said yesterday: “Why should they be discriminated against? The rules are stacked against single mothers so badly. Allow them to have all the privileges of a married woman.”

He said that parents who believe that the education system here is intense should look at China and South Korea.

“The Government, to be fair, has started sports schools, arts schools, polytechnics and Institutes of Technical Education. But, if parents cannot handle the fact that their children are going to be working class, then it’s not the Government’s problem,” he said.

He agreed with Professor Wolfgang Lutz, a European demographer, that Singapore should not be “too fixated” on the replacement total fertility rate (TFR) of 2.1. If Singapore works with the rate of 1.5 to 1.7 as suggested by Prof Lutz, it will still be economically healthy, Prof Chua said.

“We dont’t need to have a population of 6.9 million. We should rethink the idea of (the country’s) dependency ratio and, from now until 2050, the status-quo birth rate is okay,” he said.
The Government estimated that the dependency ratio of working adults to seniors will fall to 2.1 in 2030, from 5.9 last year.

He added that current methods to derive population projections, such as using a 2.1 TFR in the Population White Paper, could be less accurate than using a TFR of between 1.5 and 1.7.


But for now, until the social stigma is annihilated, as part of the greater population, we could just be there for our fellow mums and dare them to be bold by encouraging them to stand for their child and face the world with courage despite the judgmental society.


“MummySg, where every Mum is awesome.”