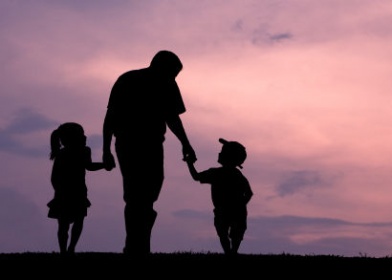 The whole world just celebrated Father’s Day last Sunday. Everyone revered the man of the house for reasons only a father can do. They all say that being a father is easy but to act like one? It would take more than a great deal of kinship relation between a child and his father. It speaks of being the identity at home that would represent commitment, self-sacrifice, integrity and unconditional love. Practically speaking, the different dimensions of fatherhood would include bread-winning, nurturing, modeling, involvement in his children’s lives, moral and spiritual development, and providing a sense of responsibility (The Importance of Fatherhood). Woah, such a great weight on one’s shoulder and we know that having a great father plays a significant role in a child’s development. But what if, he falters? There are so many stories that we hear as every generation does not only venerate great fathers, but also condemns all the fathers who failed and gave shame to fatherhood.

Today, June 18, a news from The Strait Times is heart-breaking.

“A firefighter who was convicted of hitting a toddler with a plastic clothes hanger and hurting him with a heated iron was jailed for six months yesterday.
The 26-year-old accused was found guilty last month of hitting the 21-month-old boy on his hand and burning his right foot at a flat in Choa Chu Kang on Jan 7, 2011.
Neither he nor the victim – who is his girlfriend’s nephew – can be named due to a gag order.
During the trial, the court heard that the accused was the only one caring for the child when the incident happened. He was sleeping when the boy’s cries woke him up. He found the victim in the living room and the whole place in a mess.” – Elena Chong Court Correspondent, The Strait Times.

True. There might be some who are raising their eyebrows, saying, “But he is not the father, eh! He is just the babysitter.” This is where the importance of responsible fatherhood comes in. Honestly, fatherhood does not have any pre-requisite. One can be in relation, or not at all be related to a child to establish a genuine care that only a great father can show to his child. There’s no need for that. Related by blood or not, a man, with impeccable sense of commitment and responsibility would be a great father. Obviously, the man in the news, is not.

I also know a lot of men who chose to marry single mothers. Most of them (thank God!) become undeniably awesome Dads. They are not the father on paper nor by blood. They are fathers by deeds. And I believe that that’s what matters.

What do you think? What is a real father for you?