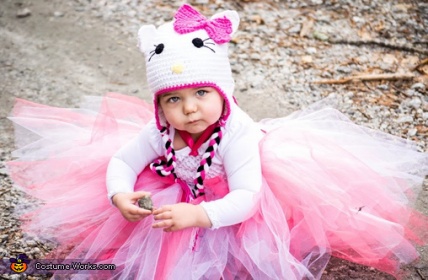 Mums , you might have seen the news that is circulating and is continuously shocking people all around the globe (including yourselves). Apparently, the Sanrio character, who turns 40 this year and the most favored character not only of small girls but of adult females as well, is reportedly not a cat. Hello Kitty, according to Sanrio, is “a little girl”.

Carolina Miranda, L.A. Times writer, learned it from anthropologist Christine R. Yano of University of Hawaii, who has studied Hello Kitty for years. According to Yano, at the time she was preparing for an exhibit at the Japanese American National Museum, and referring to Hello Kitty as a cat, she was told that the adored character was not a cat.

“I was corrected — very firmly,” she says. “That’s one correction Sanrio made for my script for the show. Hello Kitty is not a cat. She’s a cartoon character. She is a little girl. She is a friend. But she is not a cat. She’s never depicted on all fours. She walks and sits like a two-legged creature. She does have a pet cat of her own, however, and it’s called Charmmy Kitty.”

If your mind is not blown already, well, look at this:

Hello Kitty is British. Kitty is actually named Kitty White and she has a full back story. She is a Scorpio. She loves apple pie. And she is the daughter of George and Mary White.

“She has a twin sister,” adds Yano. “She’s a perpetual third-grader. She lives outside of London. I could go on. A lot of people don’t know the story and a lot don’t care. But it’s interesting because Hello Kitty emerged in the 1970s, when the Japanese and Japanese women were into Britain. They loved the idea of Britain. It represented the quintessential idealized childhood, almost like a white picket fence. So the biography was created exactly for the tastes of that time.”

To everyone who grew up with Hello Kitty…We know…you’re beyond flabbergasted. Some may feel cheated into believing that she’s a cat. Haha. But as the saying goes, the truth shall set us free.