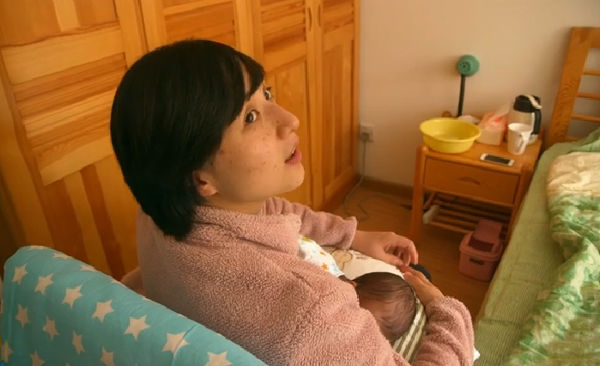 Before I begin, let me introduce to you my background. I am Chinese and was born Catholic, as my father was. My husband is Malay and was born Muslim, as his father was. I convert to Islam when we decided to get married.

Being a Chinese Muslim convert, my first confinement was a very interesting experience. Overall, I had a somewhat traditional Chinese confinement, thanks to my mother and aunt. I was very lucky that my mother could stay over to help me during my confinement and my father, aunt, cousin and mother-in-law often came by to help out.

I remembered that during that time, I drank lots of red date soup instead of water, wasn’t allowed to bathe for the first ten days and had ginger in just about everything I ate. All the traditional Chinese confinement pork recipes were substituted with either chicken or beef and my mother complained quietly that nobody eats beef during confinement. I felt that I was fed almost as often as my baby was, with a small meal here and herbal soup there and so on. Then there were the other practices of not doing any work and having to lie down most of the time, and the need to wear socks and long sleeves and pants, and the dreaded no fan rule. This was especially hard as my mother-in-law had hired a Malay post-natal massage lady for me and my mid-section was bound in herbs with a thick cloth.

I tried my best to be obedient and did as much of what my mother and aunt asked me to, but sometimes I did try to reason with them, only to find my mother-in-law talking about the same thing! It never fails to surprise me that if we all just talked more and learnt more about each others’ culture, we’d find a lot in common. For example, I did not want to wear socks at home as it was already very warm. Just as I convinced my mother to let me go without them, my mother-in-law comes to visit and asks why I wasn’t wearing socks. Immediately, my mother gave me a ‘I told you so!’ look.

Now, those of you who are very pregnant now and feel really clumsy and unable to do a lot of things, will understand how I feel about needing to lie down all day during confinement. About a week after giving birth, I felt great. I was much less tired and clumsy than when I was pregnant and I felt raring to go. But I kept being scolded for standing around too much and even sitting too much. My aunt kept asking me to lie down despite my protests of not being tired. Then my mother-in-law told me about an extended family member whose wife did too much during her confinement and ended up dead due to excessive bleeding from a collapsed womb. Another ‘I told you so’ look came my way.

Yes, indeed I was, and am, extremely lucky to be surrounded by so much loving family and support during my confinement. Though one does wonder if a little less of it would have made that time easier.