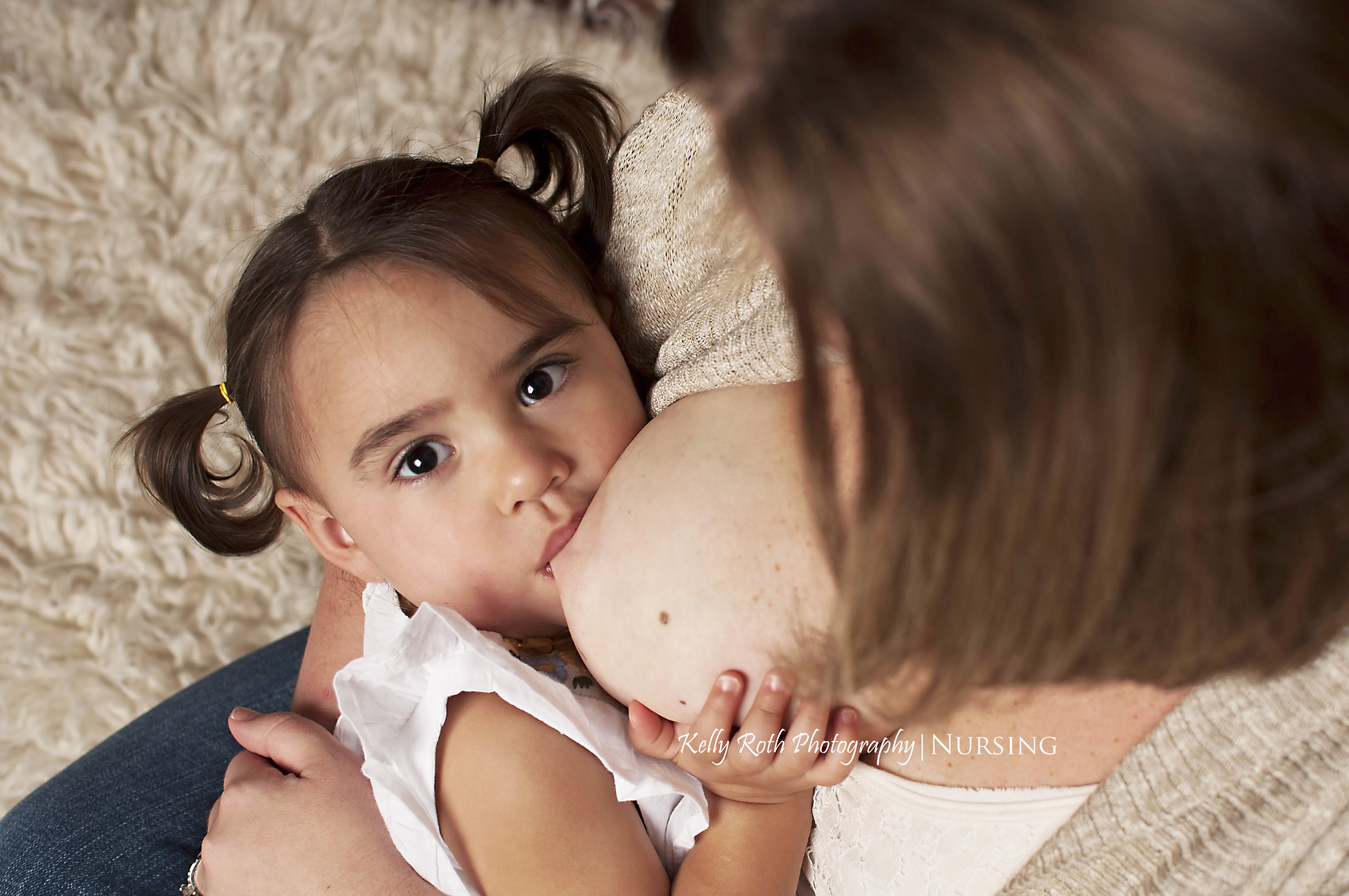 Most mummies I know breastfed their babies, or intend to do so, for at most a year. I went decided to breastfeed my firstborn for much longer, and before I knew it, I had been breastfeeding for three years.

When I made the decision to breastfeed my son, my Mum was initially very much against it. I was a formula fed baby and I was mammoth sized as a baby. As her generation like their babies chubby and fair, my Mum was concerned that breastfeeding would not provide enough for her precious grandson. I surfed the net for articles and did my research which I later presented to her. Not being a person of science and logic, she went ahead and bought a ton of milk bottles and an electric sterilliser in preparation for his arrival.

When Kae first arrived, he latched on well the very first time but I wasn’t sure, being inexperienced then as well as not knowing who to ask, if he was having enough milk that very first day. I caved in to my mum’s “know-it-all” insistence that he was starving and needed formula milk. The hospital kindly provided us a bottle and I felt very annoyed with myself for giving in. That was his first and last bottle in the hospital as I felt very strongly about breastfeeding him.

Most mummies complain of exhaustion and tired backs whilst breastfeeding their babies. After the initial few months of sitting up to feed him, I decided to lie down to do so instead. It proved to be less tiring and the baby enjoyed it as well. I would sleep topless with my little one beside me and feed when he demanded, taking care to feed using a different breast at each feeding.

My greatest surprise came when I was sleeping and woke up because he had somehow wriggled his way towards the smell of his mummy’s milk one night, latched on by himself and was suckling away happily. It was something I never expected! He was quite the self-automated feeder from then on.

Breastfeeding meant that my son never experienced colic and he very seldom took ill. We saved a ton of money because we did not have to buy formula milk, and we also saved much time and trouble as we did not have to wash, sterilise milk bottles and prepare a lot of things when we went out. I just brought the diapers, the towels, some spare change of clothes and wet wipes whenever I had to bring baby out with me.

I did not express my milk to store very much as my son hated the bottle and the pacifier. I only expressed a few times because I had to go out for work and he would grudgingly take the bottle. Not being a fan of the pacifier was a blessing as I never had to wean him off of it.

When my son started teething, breast feeding took sheer force of will because I wanted to give up so much.

To be fair, my boy did not chew on my nipples on purpose but whenever he fell alseep, his jaw would clench tight which also meant his teeth would be clamped over my tender nipples. Ouch!

I had to gently flick at his cheek (although when it hurt, I would very frantically flick my fingers on his cheek) to get his jaw to let go. I used to “test” if he was ready to release by trying to pull away from him- sometimes he clamped down harder, other times he would resume sucking. However, if he was really done, he would part his mouth, release my nipples and turn over to face the other side.

Although he had started taking other food by then, he would still seek my milk at bedtime. And we would gaze into each other’s eyes and I’d take the time before he fell asleep to talk to him. Sometimes he would be suckling halfway and start laughing in his half awake, half asleep stage at some dream.

These years of breastfeeding forged a very close bond between the both of us, and even though he is older now, he is still very close to me.

I started talking to him about weaning off by explaining how my milk would peter out eventually. Of course, breastfeeding being all about demand-and-supply, it was not true. I still was quite the “cow” and had a ton of milk to give if he wanted any. But it was my way of gently giving him “notice” first before I started weaning him off.

We took the opportunity to cut the supply when my hubby and I went on a work trip together. There was nothing he could do- I had to go away and there would be no milk. He would have to take powdered or fresh milk whether he liked it or not. We were gone for almost a week and when we returned, he was done with cold turkey. Also, my milk supply had gone down considerably after a few days of “inactivity”.

And that was that. He did cry a ton and sulk a lot when I was away but ultimately he “accepted his fate” that the days of suckling were over.

To be honest, I missed breastfeeding him so much then but I realised it was time to let go as we embarked on a new chapter of our journey.

Number 2 is on his way

I am expecting my second child in February this year and will also be breastfeeding him. I am not sure if I will be breastfeeding for as long this time, but I would like to do so for at least more than a year. As I have more commitments now, I probably will not be able to breastfeed for 3 years like I did before.

I hope this child will also latch on well from the start, like his brother, and be a huge fan of my milk production factories. As each baby is different, I am looking forward to the new breastfeeding adventure that lies ahead of us.

How Breastfeeding Changes as Baby Gets Older

When should I stop breastfeeding?