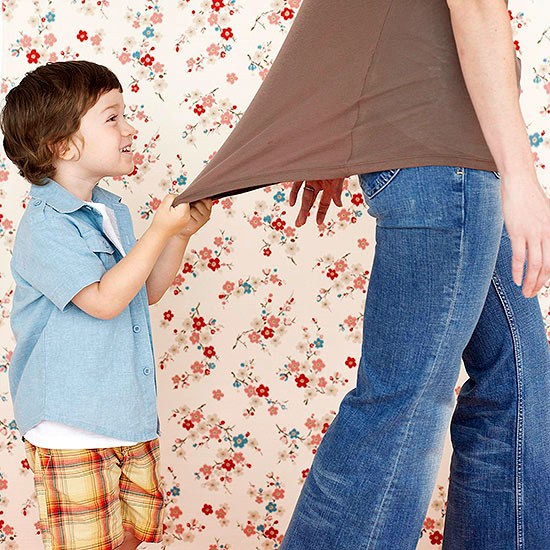 Congratulations! The time has come for your child to start attending pre-school. Whilst this is a new milestone in your little one’s journey, some kids (and even parents) face separation anxiety at the thought of having to be away from their comfort zone for a few hours each day surrounded by strangers.

A few years ago, I was not unlike you and my son was not unlike your child. Sure, not every kid has separation anxiety, but more often than not, most kids do. It’s a part of growing up and this is when they need reassurance from you whilst learning to be independent. It is also time for you to learn how to cut loose some apron strings to give your child a chance to grow.

Kae, my firstborn, started attending his first pre-school at around 3. We chose a pre-school within walking distance and my Dad (who babysat him for me) and I walked him to school every morning. We hung around in the pre-school for the first week or two, and did not think there was anything wrong with that since most of the other equally anxious parents/grandparents hung around too. Plus, we were curious to peek in at classes and check out the action. When my son cried, we would go coddle him and urge him to rejoin the class. We felt that it would help the boy to know that mummy and gong gong were around, that we did not abandon him. I am sure that was the same thought every other well-meaning adult relation hanging about had.

Sadly we were so wrong.

By running to our kid to wipe every falling tear drop, we made it harder for the kids to transition and for the teachers to handle the kids. This was something we learned only on hindsight after we pulled him out of the first school and placed him in a new one.

Yes, we pulled him out. It got nerve wrecking trying to get him to school everyday. He would cry, protest, sulk and refuse to eat his breakfast. He also said the school was boring, that the teachers were not teaching him anything new at all.

Kae, at 3, could count way beyond ten and had a vocabulary that was really impressive for his age because he enjoyed reading simple books, and listening to us read.

After a few months, my Dad and I got really burned out and my Dad urged me to homeschool him for another year before putting him in another pre-school the next year.

Our second pre-school experience was the total opposite of the first one. We knew a neighbour whose boy was a year older and just as precocious as Kae. The boy loved his school and we felt that perhaps Kae would like it too. We got the school’s contact and signed him up for their next school term.

D-day arrived. Kae,4 at this point, was willing to take a school bus to the new school. Parents were allowed to accompany the kid for the first 2 days on the bus. As Kae was prone to motion sickness, I was worried he would not be able to cope. He coped great and although he did have motion sickness now and then throughout his 3 years in that kindergarten, the bus driver’s assistant handled him well, as did his teachers.

At the school, the kids were organised into rows in a hall whilst a cartoon was projected on a screen before them. Adults and helpers were made to stand behind a demarcated line away from the kids. There was flag raising and because it was a church kindergarten, the kids said a morning prayer. The principal and teachers said hi to the kids, welcomed them to their first day of school and they were brought through a door to their new classrooms on the other side. Parents were later allowed through the doors to observe the kids from glass windows for the first 2 days but beyond those 2 days we were not allowed through the doors anymore. So we could observe but we were not allowed to go into the classrooms as that would disrupt the kids transition and bonding with the teachers. The kids needed to be able to trust that their teachers could handle them. Interference by parents would not help foster that trust.

We noted there were no crying kids that first day, that even if any child felt anxious, they were quickly comforted by their teacher who showed them lots of TLC and patience. It was most impressive!

By the end of the day, Kae was singing praises about his new school, new teachers and new classmates. He was eager to attend school every day and the teachers noted the various levels of understanding amongst the kids. They would give kids who could handle it, additional exercises or challenges when they were done with their class assignment. This helped to challenge Kae mentally and he did not feel bored or disinterested.


Bring your child to the pre-school you are thinking of enrolling him or her in to check the place and teachers out. He or she might be able to feedback to you if she likes the place and the teachers. Pick a place that would engage your child suitably.