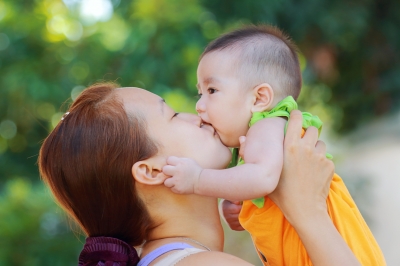 With the huge and ever growing variety of Formula Milk (FM) so easily available, I chose to breastfeed my daughter. It is and will be the one of the most memorable part of mothering my little girl, now going on to 13 months. I am intending to go for baby-led weaning when the time comes. More about baby-led weaning when the time comes. So why did I choose to breastfeed?

Firstly, I am trained in Nutrition Studies. Do not get me wrong here, by no means do I think that I am some guru but to have the basic knowledge made it a natural choice to make and furthermore the conviction was stronger, which means I stuck my ground when I faced problems along the way.

From a nutrition point of view, World Health Organisation (WHO) recommends exclusive breastfeeding for the first six months of life is the recommended way of feeding infants, followed by continued breastfeeding with appropriate complementary foods for up to two years or beyond.

Breast milk is nature’s intended way for us to sustain the needs of our offspring. It is the only milk that literally “grows” with the baby. It changes its composition to suit your baby. The next reason which further encouraged me to look no further than to breastfeed is the many Formula Milk recalls. As a parent, I would want to give my precious child nothing but the best. The mere thought of the slightest possibility of feeding her with milk which may be recalled months later or even escape the scrutiny of the relevant authorities but contained harmful substances told me I just had to breastfeed her.

The first flow of breast milk contains colostrum which is also sometimes known as liquid gold. It gets the name of liquid gold because it contains antibodies to protect the newborn. Subsequently the breast milk would also contain antibodies and these antibodies help to build up baby’s immunity as the mother’s body fights against the common flu and colds. Studies have shown that babies who are breastfed are at lower risks of some forms of illnesses when compared to their formula fed counterparts. I am happy and thankful to share that my daughter has no major episodes of not feeling well thus far.

For my family, breastfeeding has an added convenience. It is basically milk on the go. I do not have to worry about bringing enough formula, hot water, bottles or whether there are amenities that allow me to sterilse the bottles. I just feed my baby on demand.

I would like to think that we have saved a lot by not having to buy formula milk. Even though I am breastfeeding, I eat as I normally do, in fact I am healthier than I was before I had my baby because I am more mindful about overloading myself with “junk food”. Perhaps the only supplement that I still take up to this day because I am breastfeeding is the pre-natal fish oil.

The bond I share with my daughter is irreplaceable and I believe that breastfeeding her played a large part to foster these bonds. Nature has it such that when you are holding a newborn to nurse, the distance between the mother’s face and the baby is what the baby can see clearly in the early weeks of life.

I think I can go on and on about why I chose to and am still breastfeeding, really.

The bonus for mothers who breastfeed abound from the reduced risks of certain cancers to helping the uterus shrink back at a faster rate than those who bottle feed. In my personal experience, breastfeeding the little one also gave me more time to snooze. Reason being I would just side latch her and let her nurse at her own pace while we both just drift back to sleep.

In conclusion, I chose to breastfeed because it was a choice where the pros outweighed the cons and also because it suited our family’s lifestyle. It wasn’t easy, now with her teeth sprouting out I do not deny that I have thought of giving up but still I am still persevering until we are both ready to let go.

With all due respect to mothers out there who choose otherwise, I am sure you have your reasons for your choice. I hope I am not offending anyone by simply sharing my personal reasons and experience.

Image courtesy of tuelekza at FreeDigitalPhotos.net