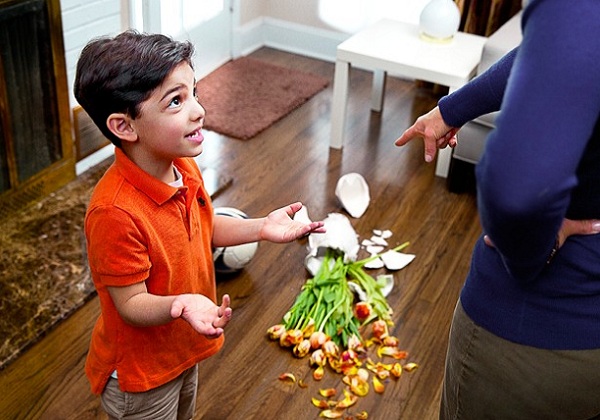 In the beginning, there was honesty, but then…

My firstborn was practically an angel who didn’t lie. He was painfully honest and truthful, but then the truth serum must have worn off at some point because the little lies started trickling in when he was in Pre-school and it got a little bit more tricky when he started Primary School. Having been close to him and being similarly cheeky when I was a child, I am a walking lie detector specially tailored to catch him out, so he can’t really “bedek” (pretend) his way through me but that has not stopped him from trying over the years.

So why do kids lie and how can we get them to stop?

“I think kids lie because they are scared that their parents will scold them when they tell the truth,” said my 8 year old as he peered over my shoulder as I was writing the article. “They are too afraid and forget to consider the problem of being discovered.”

We can see from his sharing that a very common root of lying is “fear”. So to get your child to speak the truth if “fear” is the cause of her lies, is to eliminate the element of “fear.”

When I was young, I used to lie a lot to my mum because she wielded the cane with the aim to embarrass and hurt. But I realised that I had a more honest relationship with my Dad. I felt more comfortable speaking to him about stuff. I realised that this was because my Dad encouraged me to tell him the truth without judging me when I did. This doesn’t mean that he would let me get away with it, or that he was out to spoil me rotten- there were still consequences and I knew there would be, but I also knew that I could find understanding from my Dad, a good heart-to-heart, and that he would appreciate my telling him the truth.

EXPLAIN so they have UNDERSTANDING

With our firstborn, when he started to lie, I didn’t just start caning him. That won’t teach him any values, it would have instilled fear without understanding.

I sat him down and explained to him what lying is. I told him the story of “Peter and the Wolf”. We discussed why Peter’s cries were ignored by the villagers.

I reinforced the moral of the story by telling him that in order for people to give value what we say, we need to speak the truth. If a person lies constantly, people no longer believes what he says and will not give him the help he needs when he asks for it even though he really needs it. We explained how when you lie, you need to keep lying to cover up the lie- eventually you might forget what the original lie is and it can only make you feel worse than you already do.

We would also share our feelings openly with him- we would ask him if he would like us to lie to him and let him give us his answer. Then we would also share that we too do not like it when he lies to us. We tell him that he can always tell us the truth just like we have always been very transparent with him, this will helps us get along well both as parent-child and as friends.

I ensured him that telling us the truth was better because we will not be unreasonable as to judge him and punish him outright. Finding out the truth on our own would only make it worse for us and for him. When I told him that his lying caused us to feel hurt and disappointed, it really did make him think twice.

If he still wouldn’t own up to a lie that he had said, we would ask him to think hard about it and to decide if wants to tell the truth or not. We then leave him in his room or a corner of the house and continue doing our things. Never force the child to apologise or own up. It is always good to give him a chance to make the right decision. We leave the door open to him to tell us the truth. We make sure that he doesn’t feel like he has lost the opportunity to speak up once we’ve “discovered” his lie. We do not call his bluff, but we hint that we know and would like him to admit to it himself.

When he does come to tell us the truth and to apologise, we are quick to praise him, to appreciate his mustering up courage to tell the truth. Because we established from young a system of praise and encouragement, our boy was always very eager to do things that would make us proud of him & that would make him feel proud that he had been brave enough to make the right decision.

Discipline and teach by Consequences

If he still stubbornly refuses to tell the truth, we have no choice but to call his bluff. We bring up the evidence and we discipline him- either by taking away a privilege (eg. Time at the playground, confiscate a favourite toy, etc), or making him write lines and we would, when it was a serious offence, use a cane to spank his butt (never the legs, arms or face) once or twice.

Reinforce and Empower
After the incident, when he cools down and is able to think logically, we reinforce that we love him and encourage him by saying that we believe he can tell the truth and that we know he will tell the truth next time. This will help him feel empowered by this experience to make a positive choice in the future over a negative one.

Tell the truth yourself

dont’t set up double standards for yourselves as parents. If you lie to your spouse, family or friends before your child, you are just setting a bad example and giving them an excuse to monkey-see-monkey-do. The kids are not going to be very impressed by your message of telling the truth if you tell lies- be they white, grey or black, and they WILL make that very embarrassingly clear to you.

Adults do tell white lies, but kids may not understand the concept of a white lie. “I lied to Daddy that he doesn’t look fat because he might feel hurt.” The last thing you want is for your child to copy that logic and tell you “ I lied to you about hitting Jason because I didn’t want to hurt your feelings.”

Tell them it is okay to be honest with people in certain situations but to be tactful about it.

Eg. If an aunty offers him a biscuit he is not keen on eating-

“Aunty Sally, thank you for the biscuit. I am sure it tastes good but I dont’t really like to eat almonds. Can I try your baking next time when you make a different flavour of biscuits?”

OR if someone ruffles his hair (which he really hates)-

“Uncle XYZ, I know you are trying to play with me, but can you please dont’t ruffle my hair? I dont’t really like that, thank you!”

He doesn’t have to lie about liking something he doesn’t, but he can explain his feelings in a nice way without being irritable or rude. This helps him feel that his feelings are being acknowledged but also teaches him how not to do it at the expense of another person’s feelings.