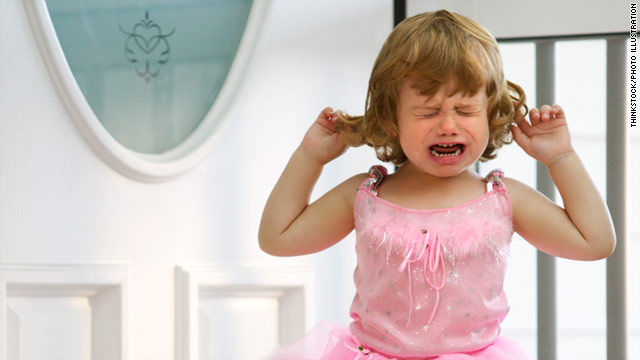 Probably one of the most pressing issues of raising a child is dealing with their temper tantrums. What might seem like a few minutes of utter cacophony ringing down the grocery aisle often seems like an eternity in the eyes of a weary parent. Toddler temper tantrums are not uncommon, and even though it might seem like your misbehaving urchin is purposely bawling his head off just to get under your skin, this is quite untrue.

Recent scientific investigation has shed light on these explosive outbursts – laying down the startling revelation that toddlers can’t exactly help themselves when they pitch a fit. A tantrum has been depicted as a natural response to negative emotions such as anger and frustration, and is more of a biological issue than a behavioral one. The Prefrontal Cortex (PFC) that regulates emotional responses and dictate social behavior in toddlers is found to be the last component of the brain to develop, and can take as long as four years before hitting maturity. Due to this, toddlers often engage in language skills rather quickly below the age of 4-years-old and also suffer periodical bouts of emotional instabilities that can lead to the dreaded temper tantrums.

Of course, another more common factor that influences toddler tantrums is stress itself. Young children generally do not follow the same logical pattern of thought as adults and often choose to believe in mythical fantasies such as glittering tooth fairies and monsters lurking under the bed. With the added amount of uncertainty of regular things that we skim through in our daily lives – Can daddy actually steal my nose? – twisting the gears in their little minds, it comes to no surprise that high levels of the stress hormone – cortisol, is released into the bloodstream each time your tyke feels distress. Cortisol generally accelerates the heartbeat and breathing rate, and can lead to foggy thinking – which ultimately unleashes the tantrum from hell on unsuspecting parents.

But before you become disheartened, the key thing to remember when dealing with an irate toddler on your hands is to stay calm and collected at all times. Engaging in a shouting match with your screeching toddler won’t send out any positive vibes – dont’t be surprised if the wails kick up a notch after you’ve raved and ranted. Commonly dubbed the ‘Anger Trap’, this method is not the way to negate a tantrum. Another frequent tantrum-response no-no is what most experts crown the ‘Sadness Trap’. Soothing your child in the middle of a tantrum only enforces their bad behavior, and gives the message that it is okay for them to scream at anytime because mommy or daddy will not mind. A better solution would be to sympathize with your howling child and tell them that you will embrace them afterthey have calmed down. Ignorance is also not a way to battle a tantrum – if anything, feigning negligence will only reinforce your toddler’s fury and trigger a prolonged tantrum.

Thus, the best way to deal with any tantrum is not to let your toddler win – even if you come off as the bad guy, it is better to correct your child’s misdemeanors early on by giving off the clear and concise message that you’re the boss, and there are consequences for every bad behavior.