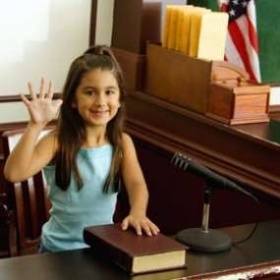 We have always known that honesty is the best policy. We abhor any kind of deceit and lie as its consequences are really detrimental to the spirit and heart-breaking. Hence, we always try to instill the value of honesty into the minds of our kids as early as possible. But how do we begin? Teaching kids to be honest is really difficult unless we set ourselves as an example who truly live by the rule. Remember, only by the age of 6 that our child knows the difference between truth and lie, so we may have some problems talking about honesty with our below 6’s. But either way, it will take a great amount of value for honesty, unconditional love, and the patience of a saint to teach honesty to our kids.


In addition, according to Jane Nelsen, author of the Positive Discipline book series, to expect that our kids may be scared to admit that they lie is normal because, “either they’re afraid of punishment or they’re afraid of disappointing us (parents).” Hence, it is significant to make sure that our presence, our home is a safe environment for our kids to tell the truth and to own up to their mistakes.


Here are some ideas to help our kids live by the best policy (EVER):


1) Cheating is a form of dishonesty


Next time you catch your little one cheating at a game, explain to them that cheating is not lying but it is dishonest. And dishonesty is not acceptable. They need to learn that cheating of any kind is a very bad thing to do.


2) Lying is bad. We should always try and be truthful


It’s a lie to say you dont’t know when you really do. Kids often won’t tell you the real reason about something and instead say they dont’t know about it. Teach them that lying is a bad habit. Liars are caught eventually and that they should always try to be honest. Little lies turn into big ones, so before that happens correct your kid.


Kids often like their friend’s toys and take them without asking. Also they refuse to return them, pretending its theirs. It could toys, chocolates, crayons.. just about anything. Children should learn at a young age that if something wasn’t given to the, it is wrong to keep it as their own. Likewise if something has mistakenly some to you, keeping it is wrong. Return it to whoever it belongs.


Teaching kids to be honest is going to be a success only when they understand that the world values honest people. Nobody likes a liar and if they lie people will think they are dishonest and wouldn’t want to associate with them.


5) Honesty comes from the conscience.


dont’t call your child a liar. It’ll only make him defensive, and over time he may start to believe in and live up (or down) to the label. Instead, let him know that you dont’t like lies, but you still lovehim — no matter what he’s done. Say gently but firmly, “That doesn’t sound like the truth to me. Sometimes we all worry about telling the truth if we’re afraid we’ve done something wrong.” This lets him know you dont’t approve of his behavior, but it also gives him a chance to explain why he lied (“I was afraid you’d be really mad at me if you knew I was the one who broke the vase”).


7) dont’t ask questions when you already know the answer.


If you’re quite sure that your child hasn’t cleaned his room, resist the urge to ask, “Did you clean up yet?” says Jerry L. Wyckoff, a family therapist and co-author of How to Discipline Your Six- to Twelve-Year-Old. “It just sets the stage for a lie, and for a kid to think, ‘Hey, I’m going to take a chance here, and maybe I’ll get away with it.'” Instead say, “I see that you didn’t clean your room yet,” or, better yet, “Please show me your room after you’ve cleaned up,” which lets him know that you intend to verify the facts personally. Similarly, if you’re suspicious of your child’s statements, dont’t ask, “Are you telling the truth?” The question only creates an opportunity for him to fib again.


Parents are often quick to scold, but aren’t always so quick to praise. Reward honesty with loads of praise and hugs. It will build self-confidence and reinforce the positive behavior. Plus a child can never get too much praise.


9) Encourage your child to look for honest friends.


The great apostle Paul said, “Bad company corrupts good character.” If your child’s friends lie and cheat, odds are that they will too. But if your child’s friends are upstanding and honest, then your son or daughter will be inclined to be the same. Teach your child to associate with other kids who are honest and trustworthy.

No matter what you do for a living, there’s one job that all parents share – being a role model for their children. When you get too much change back at the grocery store, there’s your chance to model honesty. When you’re at the movie and they ask if your child is under the age of 12, there’s your opportunity to speak the truth. Sow seeds of truth into your child’s life by modeling it.

It may be hard for some to practice what they preach, moreso, to teach the value of honesty, as the temptation of being dishonest always presents itself anywhere at any given day. However, if our goal is to have a world where people live harmoniously and peacefully, we will definitely run an extra mile to effort on this. Sugarcoating may be sweet, but too much sugar is dangerous to one’s health. So thanks, but no thanks!

SHARE your parenthood method on how you teach your own kids the value of honesty.