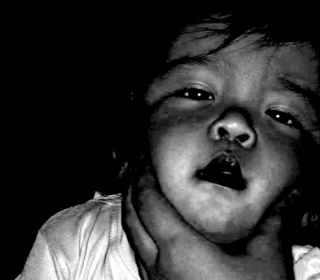 Robert Frost once said, “There are two kinds of teachers: the kind that fill you with so much quail shot that you can’t move, and the kind that just gives you a little prod behind and you jump to the skies.” I wonder where the infamous teacher from the stir belongs. It’s all over the news and it caused so much criticism and hurt to the people who watched what the 51-year old teacher did to a young boy. A lot of questions of why’s reverberated in the minds of so many people, especially parents, as to now how an adult, and a teacher at that, could do such harm. This is not a “new” thing, yet it still shocks everyone. The case of child abuse is such an issue no one can seem to live with, and no one just ignores. Violence will remain a taboo, as long as there are parents and child born every minute.


Some of you might have seen the video and finished the entire footage, but there are some who might have really found it disturbing, evil and too appalling to a human heart to even let a minute pass. However, watching the whole video or not, it speaks for one cold truth: The teacher in the video abused her authority by hurting an innocent child. There would be some justifications and alibis that some of you might have read like the one from The Straits Times which reported: “Teachers are also human, we have emotions,” said the preschool’s supervisor Nurliza Mohd Shah. “It is very important for teachers to get away from tense situations, and this can be possible only with the necessary support from other teachers and the management.”


If you were the parent of that kid, what would you feel from that statement? Wouldn’t it drive you up the wall and let all hell break loose? What if there wasn’t any CCTV available: Will the abuse just continue and will remain unknown from the parents?


God forbid and there is no camera that could capture the incidents, how would you know, as parents and guardians that your child might be abused. If you suspect that your child is being abused by her carer, look out for physical symptoms and behavioral changes. Sometimes they can be difficult to spot. Here are some guides to look for:

Cries and puts up a fight when it’s time to go to her carer, or appears frightened around them or other adults.
Comes home with unexplained burns, bruises, cuts, broken bones, black eyes, cuts, bite marks, or other injuries. Repeated injuries of any type can be a warning sign.
If your child has an unexplained injury and she’s old enough to talk, try to find out from her where it’s come from. Ask her questions such as, “How did you get that bruise?”, “Did anything happen to you today that you didn’t like?” or “Have you ever been frightened at nursery?”.


Ask your child these questions regularly, even before you suspect anything. It is difficult for children to admit to abuse, as they often feel that they have done something to deserve it.


If your child isn’t old enough to talk, pinpointing physical abuse can be much more difficult. Sometimes her injuries may not be obvious, such as internal bleeding. You may only discover these if your child won’t stop crying, is behaving strangely, or seems in pain, and you take her to your GP.


Children who have been shaken violently may have injuries that are hard to spot. Shaken baby syndrome (SBS) happens to children who are shaken in anger, and their resulting injuries can be minor or severe and may include:

Your baby may not display all of these symptoms, and she may just appear sleepy and unwell. SBS can be difficult to diagnose without your child having an X-ray to check broken bones and internal bleeding.


If you suspect your baby is suffering from SBS, phone for an ambulance immediately. Every moment counts in terms of the damage a baby with SBS will suffer.


Shaken baby injuries usually happen to children who are younger than two years old, but they can show in children as old as five.


How will I know if my child is being emotionally abused?
Emotional abuse can mean your child’s carer is treating your child cruelly, by making her do unreasonable things, or constantly criticizing or bullying her. This sort of abuse can be more difficult to recognize. You may put a sudden change in behavior down to the fact she misses you and is getting used to childcare.


If you suspect your child is being emotionally abused, you may notice your child:

Develops behavioral changes or problems, such as shunning your affection, becoming excessively clingy or behaving in an angry or depressed manner. Abused children often show extremes in behavior So a normally outgoing and assertive child may become unusually compliant and passive, while a generally mild child may act in a demanding and aggressive manner.
Becomes less talkative or stops communicating almost completely, or displays signs of a speech disorder, such as stuttering.
Acts inappropriately for her age. For example, she may become overly protective toward other children, or revert to rocking and head-banging like a baby.

Suffers delayed physical or emotional development, such as walking or talking. Or she may continue to have regular temper tantrums well into her preschooler years. But since every child develops at a different rate, you can’t always be sure that something is wrong.


How will I know if my child is being sexually abused?


If you think your child has been sexually abused, she may show physical and emotional signs, such as:


To accompany the report, it would be helpful to the service if the following information is made available as well:
• Child’s name, gender, age, school, contact number and
address if available.
• What happened to the child and when.
• Who were the persons involved in the reported incident.
• The names and addresses of the parents orcaregivers, and
• Any other information that may be helpful.

What are your thoughts on this, Mums and Dads? How would you ensure the safety of your children in the hands of their carers and/or teachers?