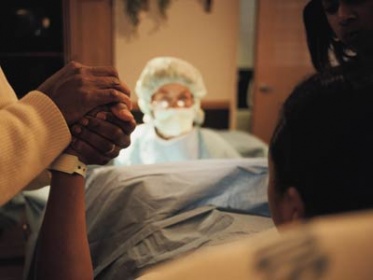 WEDNESDAY, Nov. 20, 2013 (HealthDay News) — Nearly two-thirds of women who had a cesarean delivery for their first child were successful when they attempted a natural birth for their second baby, British researchers found.

The study, published Nov. 20 in BJOG: An International Journal of Obstetrics and Gynaecology, used data on almost 144,000 British women who had their first baby by C-section between 2004 and 2011. The researchers found that 52 percent of them attempted a vaginal birth for their second baby.

“This study shows encouraging results with the majority of women who attempted a natural delivery after a primary C-section being successful,” journal deputy editor John Thorp said in a journal news release.

The reason for a C-section in the first birth strongly determined the likelihood of a successful vaginal delivery for the second birth. Women with a history of failed induced labor were almost twice as likely to be unsuccessful when attempting a vaginal birth after previously having a C-section.

The researchers also found that the rates of attempted and successful vaginal birth after an earlier C-section varied between hospitals for reasons that could not be explained.

Study leader Hannah Knight said an informed discussion about whether or not to attempt a vaginal delivery after a cesarean section requires an assessment of the risk of emergency cesarean.

“This paper provides valuable information both for women and the obstetricians and midwives caring for them,” Knight, of the Royal College of Obstetricians and Gynecologists, said in the news release.

The majority of women with an uncomplicated first C-section are candidates for a vaginal delivery the next time around, “but our data found that only half of those women chose this option,” she noted.