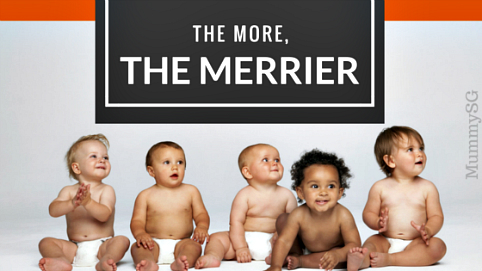 A new study, published out of Simon Fraser University in Canada and published in the journal PLOS One, suggests that the more children a woman bears, the slower her cells are to age.

Thirteen years in the making, this study closely tracked the reproductive activity of 75 women from 2000 to 2013. At the start, researchers collected saliva samples to measure the telomeres of all participants.
Telomeres can be found at the end of each DNA strand, protecting our chromosomes from damage.

Whenever our cells replicate, their telomeres shrink accordingly. After enough replication and the resulting shrinkage, our telomeres become too short to offer adequate protection, thus leaving chromosomes open to damage. This damage results in cellular aging.

To close the study, researchers again gathered samples from each of the women to measure her telomeres.


Accounting for factors such as age, lifestyle, income, and more, the researchers found that women who had more babies during the study also had longer telomeres. In fact, with each child she bore, a woman could expect an additional .059 units of telomere.

Wondering how more children could equate to a more healthful body? The scientists behind the research have two hypotheses:
Estrogen: Those hormone surges we’re always talking about during pregnancy? Researchers say they may be behind more than just those pesky food cravings and skin issues. Estrogen, which spikes while you’re expecting, may also act as an antioxidant, protecting your cells and ensuring against telomere shrinking.
Support: Having more kids may mean having more support from loved ones, too. Professor Pablo Nepomnaschy told Medical News Today that, “Greater support leads to an increase in metabolic energy that can be used for tissue maintenance, thereby slowing the process of aging.”

The bottom line
While babies may rob us of our sleep and occasionally our sanity, the more of them we have, the slower our bodies are to age. This is the conclusion researchers out of Canada reached after conducting a clinical study of 75 women over the course of 13 years.