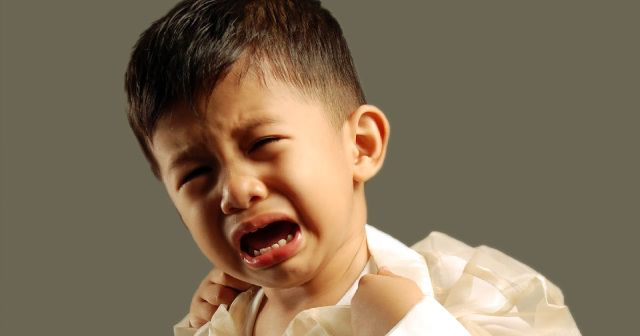 Terrible Two is a common syndrome in toddlers when they show the worst uncontrollable behavior. While the number suggest, it doesn’t have to start at two years old. It can onset as early as 18 months and last till 3 years old.

Having a terrible two at home is often dreadful, exhausting and trying. This little one is struggle to develop his personality and challenging for independence. The most obvious outburst is at this stage because the toddler has no reservations at all in showing his emotion to the fullest and does not care about the embarrassment he causes himself or you. He kicks, yells, outburst, cries hysterically, hits as if there’s no consequences to his actions. Literally – terrible.

Now, the ball is at our court. Given the terrible two’s at home, school or in the public, it is simply not possible to fold our arms. They will not outgrow it so, here my two cents worth of advice on taming the terrible twos.

Stay Calm
As a caregiver, it is often frustrating to face a toddler out bursting. As much as you want to vent your anger or raise your voice, remember to stay calm. Should you lose your temper, your toddler would know that he can control your emotions and may show the terrible twos symptoms again.

Do Not Give In
Should a toddler throw tantrums, there must be something he wants. Knowing that he has limited vocabulary, teach him in 2-3 simple words to express himself instead of crying it out. This will discourage him from using tantrum to express himself and speak up in a proper way. What you should not do is to give in when he throws tantrum. Otherwise, he will use this method against you the next time.

I Can’t Hear You When You Cry
Should your toddler cry hysterically, tell him you cannot hear him. Ask him to stop crying so that he can talk and both of you can hear. Offer him solutions to the root of his outburst instead of letting him dragging on.

Settle In Between
Depending on situation, you may sometimes want to settle in between or teach him. If he insists on the car ride, advise him that it is only allowed after lunch.

Showing Consequences to Behavior
If your toddler insists on touching the hot iron, educate him that it is hot by letting him touch the ironed clothes instead. He would learn what is ‘hot’ for the first time. If you have scalds, show him how it looks like to be scalded by hot objects.