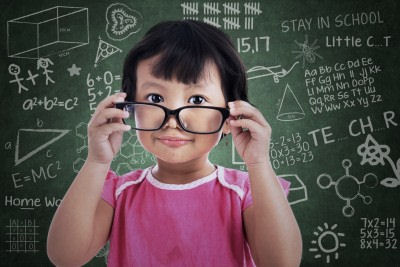 It has been established that firstborns and only child are perfectionists. But sometimes along my journey I meet parents who disagree with me. They tell me that their firstborns are not conscientious and are not being as successful in school as they are supposed to be.

Some of the signs include:
• Not handing in a school assignment although it’s already completed
• Starting lots of projects or activities but don’t finish them
• Don’t start on a task because they are afraid of how big it looks
• Teachers often say they “have a lot of potential”
• Parents tend to be pushy, controlling and critical

Firstborns grow up looking up to their parents as role models, and try to imitate them. Through looking how mom and dad are, they develop an impression that they have to be “perfect” like their parents.

As first time parents we also have the tendency to over-parent and try to improve on a task we set our firstborn out to do. It tells the child, “you did what I asked you to do, but it’s still not good enough. You need to make sure its flawless.” We dont’t even have to send this signal out in a direct, negative manner. We may praise the child for completing the task, but then proceed to straighten things out and improve on it.

Growing up with this in mind, it’s an almost never ending cycle. Even though your firstborn child may have the ability to succeed, he doesn’t seem to perform as he should. His negative behaviors are a way of raising a red flag telling you that he needs help.

In school, even though an assignment has been completed, your firstborn may not hand it up because he thinks it’s still not good enough, not perfect to be handed in.

Projects or activities dont’t get finished because they can never seem to be perfect enough to be considered done. They dont’t start on a task because it looks overwhelming and they are afraid that they cannot do it perfectly.

Teachers describe them as having a lot of potential to do well, but their high expectations of themselves is holding them back because whatever they do just never seems good enough. Parents cause this mentality even more by pushing them to do even better, criticizing something that is already done but is still not good enough. An example would be telling your child, “Well done on the As this term, hmm but what happened to the B?” Or even, “Only a B? You ought to try harder for an A next time!”

So growing up this way, they not only expect themselves to be perfect (which is bad enough), they also expect others to be the same.

They may also develop temper tantrums when things do not go as planned. They may have friends who enjoy spontaneity and prefer to hang out and do things as the day progresses, but your firstborn may already have his day planned and gets angry when others do not go along with his plans. Of course what I’ve described are extreme cases of perfectionism, and in some cases I’ve seen, it has taken the person’s life away, because they feel that they are simply not good enough to live in this world.

As a parent, it is important for us to guide our children and teach them well. Show them that it’s okay to make mistakes and nobody, including yourself, is perfect. If is okay if an assignment comes back without an expected grade. Teach your child to learn from this mistakes to do better next time. If a task or activity seems too much for your child, encourage him to ask help. As a parent, you can do so by asking him for help with your daily chores. This sends the signal that nobody is perfect and it is perfectly alright (pun intended) to make mistakes and ask for help.