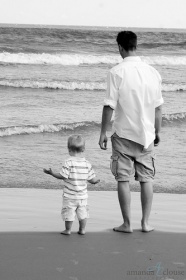 A normal Sunday afternoon in the park with my wife and our young daughter. Out of the corner of my eye another little girl is swinging from the monkey bars. She’s almost two metres off the ground and is visibly distressed.

My first instinct is to rush to her aid, but I stay planted to the ground as I look around anxiously to see if one of her parents is going to help her. If she falls, she’s going to hurt herself, possibly break a limb. But still I don’t step in to help. Fortunately, a female friend stepped in to save the day.

Why didn’t I help her? For the same reason that I’m happy to take my daughter to soccer but not to ballet class. Because I’m a man.

I don’t want to put myself in a position where I could be perceived as predatory or a pervert, or make a child – or its parents – feel threatened or uncomfortable. I’ve internalized this fear so much so that even though I only wanted to help, I would have felt creepy if I’d lifted someone else’s daughter down from the monkey bars.

I know I’m not the only man who feels this way. At a recent play date my daughter and another little boy were naked, playing with a hose and jumping on the trampoline. A male friend dropped around to visit and was palpably distressed by the children’s nudity. He said that he didn’t know where to look and he if he looked in the wrong direction a second too long, he feared we’d think he was a creep. It was only when the kids were dressed that he relaxed.

Even men who are employed to look after children have to monitor their own behavior in ways that would probably never occur to their female colleagues.

On a recent segment on ABC Radio National’s Life Matters show, for example, Craig d’Arcy, the coordinator of preschool and kindergarten at Little Shearwater, told of a family who wrote on their enrollment form “If there is a male at this center, they’re to have nothing to do with my child”.

D’Arcy added that if he is changing a child, a female colleague needs to be at the door to ensure he doesn’t do anything inappropriate or illegal.

In our society, there’s a rule that it’s not acceptable for men to touch or even look at children that are not their own. While this might seem paranoid, it is justified; the current enquiry into the Catholic church and other organisations over sex abuse is a stark reminder of the problems of trusting men too much. While only a minority of men are pedophiles, there are enough of them to justify the social convention.

As a father, I sleep better at night knowing there are social barriers between men and my daughter. Despite the inconvenience and unfair assumption of guilt, I’m glad that male teachers and childcare workers feel compelled to keep their office doors open when dealing with girls.

At the same time, a more nuanced public conversation about men and children would be welcome; one that expanded, even slightly, positive models of men in nurturing roles such as childcare and teaching – without the automatic presumption that they are predators.

Of course, that doesn’t mean taking a laissez-faire attitude to men and children, but it does mean abandoning stereotypes – stereotypes which, as in my experience in the park – can actually be dangerous.

This article is written by Christopher Scanlon for EssentialBaby.