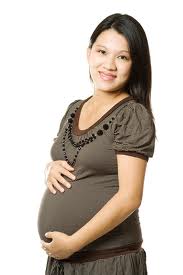 It has always been accentuated that the health of a baby is greatly affected by the health of the mother during pregnancy. A healthy mum, most of the time, if not all the time, results to healthy offspring and successful delivery. But other than the immediate result of taking care of one’s health during pregnancy, there are now more studies that show how healthy lifestyle during pregnancy can have an impact on the baby in the long run. One of which is fortifying an expectant woman’s diet with iodine.


In a study published in the journal The Lancet on May 22, it is stated that even a mild case of iodine deficiency can already create repercussions on the baby’s cognitive skills when he grows up.


Those who had an iodine level of 50 to 150 micrograms per liter in their urine were said to have mild to moderate iodine deficiency, while those whose iodine levels measured below 50 had a severe case of iodine deficiency. More than two-thirds of the pregnant women who participated in the study had iodine deficiency.Further into the study, when the children of these iron-deficient women turned eight and nine years old, the researchers looked at their IQ scores and reading skills and found them to be on the low end.


Iodine helps facilitate cell metabolism and the proper functioning of the thyroid. The thyroid is the gland at your neck that regulates metabolism (or how your body makes use of energy) as well as the production of hormones for this process. These hormones are needed by the brain for cognitive development, which happens as early as during gestation and in a child’s first months of life, according to the you.S. National Library of Medicine National Institutes of Health.


With this, medical experts recommend that pregnant and breastfeeding women should ensure to take prenatal vitamins that have iodine.


So to you, expecting mums, it won’t hurt to get an extra bite of fish fillet sandwich, right?

Source:This article is originally published by Smart Parenting found on this link.