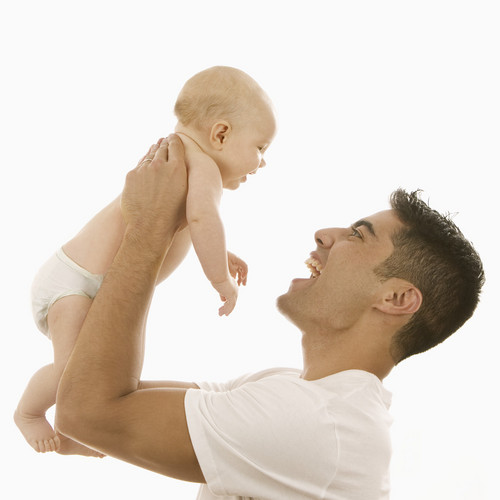 When you were pregnant, and things didn’t go your way and almost drove you up the wall: How many times that you were told when you were just about to explode and about to show signs of irritation and stress, people would say, “Don’t, because whatever you feel will affect your child!”?

As much as it is true that our emotional state as mums affects the emotional and behavioral development of our child, it is also significant to know that even dad’s behavior plays an important role in molding the child’s character. Recent studies show that it’s not just the mother’s mood that influences the unborn child.

One study in 2011 looked at how kids were affected by living with their fathers who had mental health problems and who were showing signs of being depressed. They found out that these children were at greater risk to developing emotional and behavioral problems themselves. It’s not surprising, of course, that when both parents undergo a certain level of depression, the chances of the child developing the same problems increase by 25 percent.

Interestingly enough, this correlation between a parent’s mental state and his child’s behavior is not limited to kids who are already born. A recent research conducted in Norway studied how the father’s depression during his spouse or partner’s pregnancy would affect the unborn child.

The researchers discovered that in the woman’s second trimester – at four and a half months to be precise – three percent of these fathers attested to being extremely distressed. The children who had the most emotional and behavioral problems at age three had fathers who were among the three percent who experienced anxiety. The stress experienced by the fathers affected the hormone secretion of their pregnant partners – even how she sleeps – as well as her mental patterns.

“The findings from this study suggest that some risk for future child emotional and behavioral problems can be identified during pregnancy, and as such the results are of importance for health professionals and policy makers in their planning of health care in the prenatal period,” said the researchers.