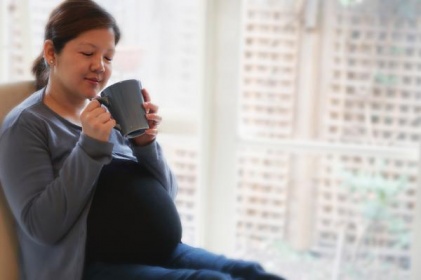 Drinking just two cups of coffee a day is associated with the risk of low birth weight.

Researchers at Sahlgrenska Academy, University of Gothenburg, Sweden, have conducted a study on 59,000 women in collaboration with the Norwegian Institute of Public Health.

Expectant mothers who consume caffeine, usually by drinking coffee, are more likely to have babies with lower birth weight than anticipated, given their gestational age. Researchers at Sahlgrenska Academy, University of Gothenburg, conducted a study on 59,000 pregnant Norwegian women in collaboration with the Norwegian Institute of Public Health.

“The correlation between intake of caffeine and fetal growth was established even among women who followed the official recommendation that they limit caffeine consumption to 200 milligrams a day (two cups of coffee),” researcher Verena Sengpiel says.

The medical term used in this connection is “small for gestational age” (SGA), which is associated with an elevated risk of morbidity and death.

The new results are consistent with previous international studies but are based on a considerably larger cohort. The participants were healthy and had uncomplicated pregnancies until delivery, while the results were adjusted for age, smoking, body mass index, nicotine consumption, alcohol use and other variables that affect fetal growth.

“We need to stress that our study did not examine whether caffeine is the specific mechanism substance by which responsible for the fetus is being at greater risk of low birth weight,” Ms. Sengpiel says. “Nor did we look at whether these babies actually had special health problems during the neonatal period. Additional research is needed before we can say for sure what our finding actually means for pregnant women and their babies.”

The other purpose of the study, which is being published in BMC Medicine, was to determine whether women who consumed caffeine during pregnancy were more likely to give birth prematurely. Such a correlation could not be established.

The research team is hoping to conduct more in-depth studies about the cause-effect relationship between caffeine use and SGA, as well as any correlation between SGA and neonatal morbidity and death.